THE HISTORY OF CRICKET

The sport of cricket has a known history, beginning in the 16th century. The game originated in England, among shepherds using their crooks as bats, and the earliest wickets may well have been narrow sheep pens. The earliest men’s games that were officially recorded (from law court records) were played in southeast England in the 1550s. Initially a single wicket was used, as it still is in ancient games like stoolball that continue to be played in southern England.

ORIGIN OF CRICKET
The poet John Skelton describes immigrants from Flanders living in southern England playing creckette. This transformed into Crickett (1598) in a coroner’s account of teenage games in Guildford. All this sounds probable to describe the origin of the word ‘cricket’. The game itself evolved from a variety of folk hitabouts played in villages on both sides of the Channel, each with its own local idiosyncrasies. Confined the early versions of cricket to the forests and Downlands of south east England–in West Sussex and the Weald of Kent.

The first known match was at Coxheath near Maidstone in 1646. A tree stump was utilized but because on the downs of Sussex and Kent, where the game had its stronghold, there weren’t many trees, a new target had to be found–the ‘wicket-gate’, through which passed throngs of sheep. This gate took the form of a minor hurdle, comprising two uprights known as stumps. The stumps were 12 inches high and set 24 inches apart. On top of them was laid a crosspiece, known to this day in Australian meadows as a bail. This produced a superior target to a tree stump, as there could be no argument when the bail fell to the ground.

By 1730, cricket was being constantly played in London at White Conduit Fields in Islington, the Artillery Ground in Finsbury and Kennington Common. The ‘bat’ resembled a hockey stick. The ball started off as a round piece of wood till seventeenth-century cobblers began stitching a leather cover round cork stuffing. In 1774 the laws were amended to assure the ball should not weigh over 5¾ ounces and no less than 5½ ounces. The design of the bat reflected the type of bowling that was prevalent at the time—fast, underarm bowls rolled along the ground.

The History of Hambledon Cricket Club
Although historical evidence suggests that the game was first played in the Weald around Kent and Sussex, it is the Hambeldon Cricket Club of Hampshire that is generally perceived as cricket’s spiritual home. The birthplace of modern competitive or professional cricket to be the Hambledon Club in Hampshire. The world’s first cricket club was established in Hambledon in the 1760s. Some of that club’s members formed the White Conduit Club in London in the mid-1780s and this then changed its name over time to become The Marylebone Cricket Club (MCC).

In the history of cricket, Hambledon was the leading club in England for some 30 years, regularly drawing crowds of 20,000 to its matches on Broad Halfpenny Down. A sign of its might was that in 1777 Hambledon scored 403 against All England. The formation of the Marylebone Cricket Club, which attracted major players to London ended Hambledon’s influence. 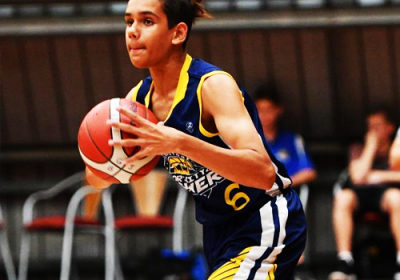